Sullivan Goss is excited to announce its debut solo exhibition for Frank Kirk. Who is this artist whose expansive and enigmatic paintings are scheduled to debut in the largest room at Sullivan Goss?

Frank Kirk was born in 1933, grew up in the five boroughs of New York, and was drafted after high school. Navy life was full of camaraderie, but short on women, so Kirk learned to draw them: blondes, brunettes, redheads, in slinky numbers, and according to his clients’ tastes, in even less.

After the Navy, Kirk enrolled in the School of Visual Arts in Manhattan, graduating in 1956. Eventually, he was hired onto the Volkswagen campaign at Dane Doyle Bernbach– the most legendary ad campaign of the 20th century at the most creative firm of the era. A genuine Don Draper in the real life version of Mad Men, Frank Kirk went on to work on such notable ad campaigns as Elizabeth Arden, Alka Seltzer, Honda, Isuzu, Max Factor, and Gallo Wines.

In 1984, Kirk left the commercial art world and began painting for himself. In 1996, he moved to his present home in Santa Barbara to live a private life among the high hedges and winding streets of the American Riviera. The gallery was introduced to him about a year ago.

Cinematic in scale and obsessive in their attention to detail, Kirk’s meticulously rendered landscapes often feature a single figure, or sometimes two, to suggest a story or a mood. To these, he often adds the telling detail. What’s going on in these paintings? Who knows? The sense of magic, of uncertainty, of emotional ambivalence pervades. If these are narrative paintings, they relate stories with unimaginable beginnings and unknowable endings. Hidden away in his studio high in the hills above Santa Barbara, Frank Kirk imagines the lives of others. Welcome to the secret world of Frank Kirk. 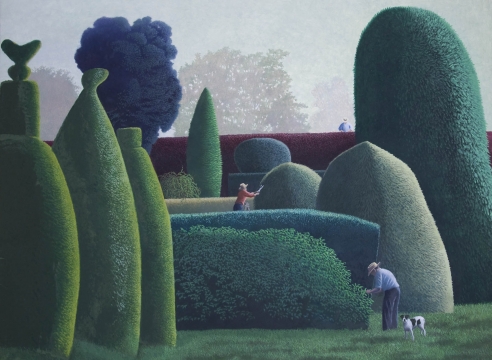 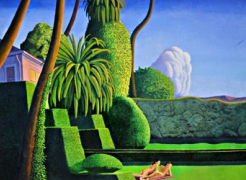 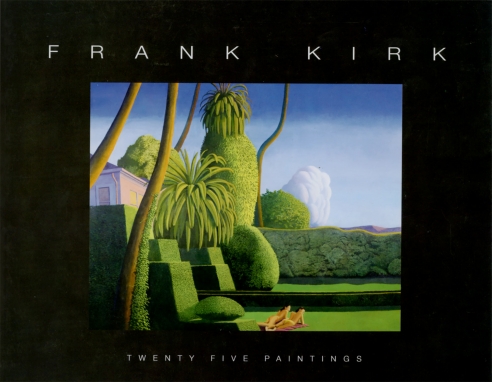